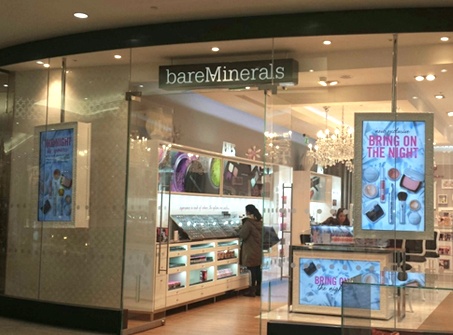 Originally founded in 1994 by Leslie Blodgett, in San Francisco, Bare Escentuals, with mineral based cosmetics line bareMinerals, is a global success story.

The company has been operating in the UK for over 15 years, trading from Selfridges, John Lewis, House of Fraser and Debenhams as well as bareMinerals stores across the country.

We have been working as UK retained property advisers to Bare Escentuals since 2009, with our first involvement being to locate a suitable Head Office facility resulting in the leasehold acquisition of 3,500 sq ft within Land Securities 7 Soho Square building.

Since that time Lewis Craig have advised the company on the acquisition of retail boutiques from the first in Neal Street, Covent Garden in 2009, followed by acquisitions in Windsor, St Albans, Brighton, Glasgow and Canary Wharf.

Our most recent involvement has been acting on the Head Office relocation project, resulting in the acquisition of 8,300 sq ft, of largely open-plan space at Film House, Wardour Street, being one of Soho’s most prominent buildings.

In addition to premises acquisition activity, other services that we provide to Bare Escentuals include rent review and lease renewal negotiations and rates appeals.

I have worked with Lewis Craig regularly over the past 4 years and have been delighted by their knowledge, responsiveness and perseverance in getting deals moving and doing everything possible to ensure clients' needs, even post completion, are met in full.