Lewis Craig have been appointed by Coffee Republic to assist their growing number of UK franchisees in securing new sites.

Coffee Republic currently operate 4 Company Bars, including Bluewater Shopping Centre, with 16 UK franchises, including Marble Arch and Wood Green, with a further 4 franchises opening by Mid Feb 2015, and the franchise division is on target for a minimum of 20 plus new franchises, by the end of 2015.

In addition to operating in the UK, Coffee Republic have a growing international presence, with 19 Bars operated by Master Franchisees in South Africa, Jordan, Kuwait, Vilnius International Airport Lithuania (opened in September 2014) Pakistan (Lahore and Islamabad opened in 2013), Romania and Lanzarote Airport in the Canary Islands (opened in August 2014), Qatar (in the prestigious Pearl Development in Doha opened in December 2014), and the latest International Bar due to open in Oman in February, with discussions underway with several other prospective international master licence operators. 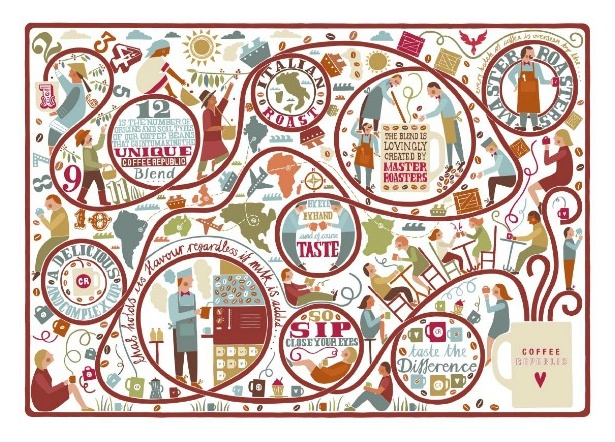 “These are exciting times for us, with a growing number of high calibre multi-site franchisees and we are delighted to have Lewis Craig working with us as part of the team assisting in the expansion of our brand, since re-launching the franchise in June 2009 to great success, we are now experiencing the biggest period of growth for the company since the new owners took over in 2009”.

The ideal High Street store size is 1200/1500 sq ft, with corner aspects of particular interest and high footfall locations being of paramount importance.