Lewis Craig acquire Hanina Fine Arts’ new art gallery in Mayfair, at 21 Woodstock Street, located off New Bond Street. Hanina Fine Arts (HFA) have been dealing in twentieth century European art for over twenty years, and have established a reputation as leading specialists in the post-war School of Paris.

Following a decade of private dealing in New York, HFA was founded in London by the director Yuval Hanina in 1992, initially encountering some resistance to his new modern gallery on Westbourne Grove; it went on to prove a catalyst for the transformation of the street into one of London’s most chic shopping streets.

In 2010 HFA opened a gallery on St George Street in Mayfair which in 2013 became Sotheby’s S2. During Q4 2013, Lewis Craig were instructed to identify suitable premises for HFA’s gallery relocation. 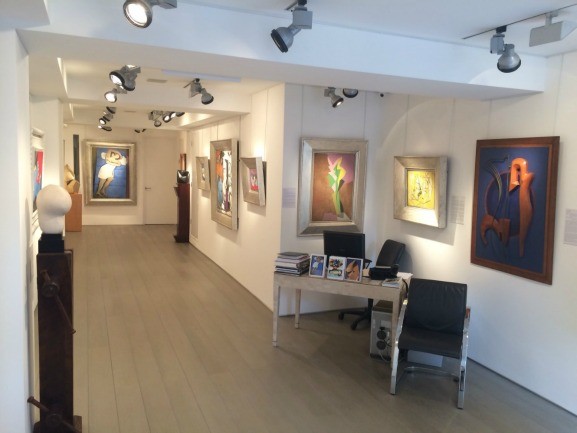 “Having relinquished our previous gallery to Sotheby’s in 2013, we found it a much greater challenge than expected to find a suitable new space in Mayfair in a very competitive market. Towards the end of the year I met with Theo Benedyk from Lewis Craig, whose knowledge and intelligence was immediately apparent and combined with his amiable manner he was a great a pleasure to deal with.

Theo soon identified a potential property for us, negotiating both the acquisition of the existing lease and subsequently a surrender and re-grant of a new lease. This required skill and talent to convert a delicate situation into a successful result. I would highly recommend Theo and the team at Lewis Craig for commercial property matters.”