Please click the above logo, or HERE for our property requirement PDF.

Additional locations in London and across the UK being secured

Dubai-based Just Falafel, one of the Middle East’s most dynamic emerging restaurant brands, launches in London with its flagship store opening in Monmouth St, Covent Garden in November 2012. 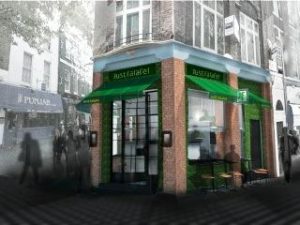 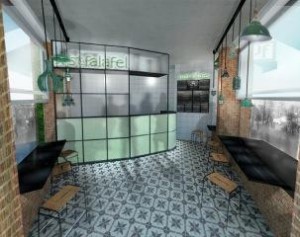 Just Falafel’s London operation has its own central kitchen to satisfy demand for its hand-crafted falafels, and private tastings can be arranged for all serious franchisers.  Co-founder Fadi Malas, an entrepreneur with family ties to England as well as Beirut, believes the UK is ready for Just Falafel and the company plans to roll out 200 stores over the next 5 years.

“Factors such as visibility of Emirates and Etihad Airlines in the UK and the allure of Dubai as a holiday destination has increased the affinity between these two markets, and as a homegrown success story from the UAE, Just Falafel aims to be the quick service restaurant of choice across the UK,” Malas concluded.

Currently, Just Falafel is in discussions with potential franchise partners to open multiple outlets across London and UK-wide, with stores opening in Cambridge and Exeter during 2013. Falafel’s popularity is on the rise globally, and research from the UK shows that it could be a serious contender to replace curry as the nation’s favourite food.

Theo Benedyk, Head of Agency at Lewis Craig comments, “We are extremely pleased to have now secured Just Falafel’s first UK restaurant in Covent Garden, and are well underway to securing several further sites in 2012. Just Falafel is an exciting brand with a proven track record, being one of the fastest growing food chains in the Middle East”.